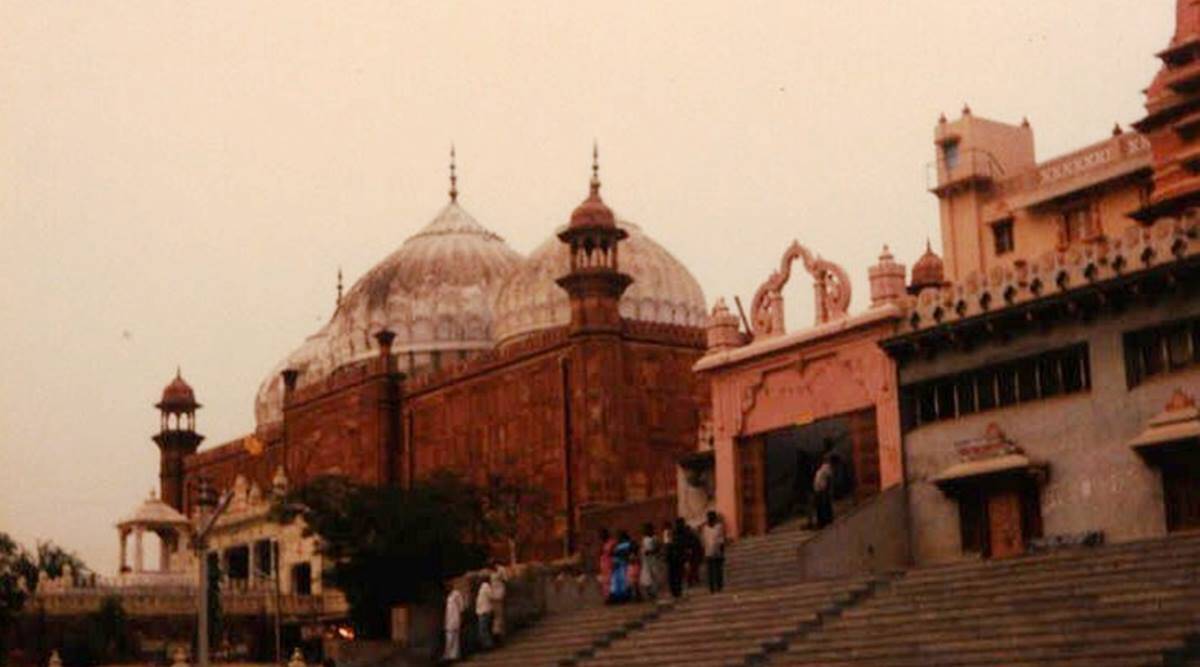 Last month, a group of devotees had moved a civil court seeking the removal of Idgah mosque, which they alleged was built after a part of a Hindu shrine was razed on orders of Mughal emperor Aurangzeb in the 17th century.

A Mathura court in Uttar Pradesh on Friday admitted an appeal against an order dismissing a suit filed to remove a mosque situated adjacent to the Lord Krishna temple complex in the city, LiveLaw reported.

The case first came to light on September 26, when a group of devotees and the minor deity moved a civil court, seeking the removal of Idgah mosque, which they alleged was built after a part of a Hindu shrine was razed on orders of Mughal emperor Aurangzeb in the 17th century.

In the suit filed before the Civil Judge, Mathura, the plaintiffs said that “every inch of land”, measuring 13.37 acres, “of Katra Keshav Dev (as the place is known historically) is sacred for devotees of Lord Shree Krishna and (the) Hindu community”.

The petitioners had sought the “removal of encroachment and superstructure illegally raised” on it “by Committee of Management of alleged Trust Shahi Masjid Idgah with the consent of Sunni Central Board of Waqf”.

However, on October 2, the civil court in Mathura had dismissed the suit. The order was passed by Additional District Judge Chhaaya Sharma. The court refused to entertain the plea citing the bar on admitting the case under the Places of Worship (Special Provisions) Act, 1991.

According to the petition, Mughal Emperor Aurangzeb, who ruled over India from July 31, 1658, to March 3, 1707 AD, “had issued orders for the demolition of a large number of Hindu religious places and temples.”

“This was including the temple standing at the birthplace of Lord Shree Krishna at Katra Keshav Dev, Mathura in the year 1669-70 (Sixteen Sixty Nine- Seventy) AD. The army of Aurangzeb partly succeeded to demolish Keshav Dev Temple and construction was forcibly raised showing the might of power and said construction was named as Idgah Mosque,” the petition read.

The suit gains significance as the Places of Worship (Special Provisions) Act, 1991, enacted in September 1991 at the height of the Ayodhya temple movement when the P V Narasimha Rao government was in power, had said that barring the Ram Janmabhoomi-Babri Masjid dispute, which was already in court, the religious character of a place of worship as it existed on August 15, 1947 will continue to be the same.

However, the law’s Constitutional validity is under challenge in a separate petition before the Supreme Court. The petitioners have contended that the Act is unconstitutional, as it bars the right to seek judicial review, which is a basic feature of the Constitution and outside the legislative competence of Parliament.

The Mathura petition states that provisions of the 1991 Act is “not applicable in this case” but does not elaborate on it.