The community with a crucial 13-15 per cent vote share in North Bengal has announced that it will only support that political party which will fulfil its demands, primarily for setting up a Nashya Development Board and another campus of Aliah University in Cooch Behar.

Unknown to many, once they were jotedars (landowners) and fought against the soldiers of Muhammad bin Bakhtiyar Khalji as ‘Koch-Rajbongshi’. But then they came under the influence of Khalji: the military general led Muslim conquests in the eastern Indian regions of Bengal and Bihar and brought Islamic rule in 12th century.

Then, a large number of Koch, Rajbongshi and Poliya people of North Bengal converted to Islam and named their community Nashya Sekh.

According to West Bengal government records, “The Nashya Sekh class was stated to emerge as a result of conversion from the Koch, Rajbongshi and the Poliya classes of North Bengal from the 15th to 18th century.

At present, they are the most downtrodden, underprivileged and socially and educationally backward classes of people in West Bengal. They are also not economically well off.”

They chose the term ‘Nashya’ which means ‘fallen’ or ‘degenerated’. The state government records also say, “The people converted to ‘Islam’ from the lower classes of Hindus were regarded or treated as ‘Nashta’ (fallen).

In course of time this term changed to ‘Nashya’ through local phonetic distortion. The title ‘Seikh’ (high or great) is normally in use among the upper-class Muslims (foreigners or immigrants) and the title ‘Seikh’ is placed at the beginning of their name. The ‘Nashyas’ adopted the term ‘Sekh’ for gaining social position at a later stage.”

At present the Nashya Sekhs are confined to six North Bengal districts – Cooch Behar, Jalpaiguri, Darjeeling, North and South Dinajpur, and Malda, with some presence in Bihar’s Purnia district.

They are mostly working as agricultural labourers, cultivators, rickshaw pullers, masons, unskilled day-labourers, and craftsmen. The women also work in the fields to assist in running their families.

In the present day context, few know that the community has a sizable number of voters that can put any political party in an advantageous position in North Bengal in this year’s assembly polls.

And this is the reason why chief minister Mamata Banerjee specifically mentioned them at a public meeting in Cooch Behar on December 16.

Speaking to News18, secretary, Nashya Sekh Unnayan Mancha, Golam Nabi Azad, said, “In 2014, we formed this organisation to press our demand to set up a Nashya Development Board and another campus of Aliah University in Cooch Behar.

We have already sent our request to the state chief minister and we are hopeful that it will be fulfilled soon.”

“In the coming assembly polls we are sure that the TMC will do well compared to the last Lok Sabha polls,” he added. With a nearly 13-15 per cent vote share in North Bengal, the Nashya Sekhs are suddenly in the limelight ahead of the assembly polls. Mamata has assured that she will look into the demands to set up a Nashya Sekh Development Board.

A close look at Cooch Behar, where Mamata addressed a public meeting recently, reveals that in nine assembly seats, the voting bloc of Nashya Sekhs is around 8-9 per cent of the population, while the Muslim voter presence is nearly 22 per cent.

Similarly, in Mathabhanga, Cooch Behar North, Cooch Behar South, Dinhata, Natabari and in Tufanganj the Muslim voter percentage is between 19 and 30 per cent, while Nashya Sekhs are about 8-9 per cent.

In Alipurduar’s Kalchini, Kumargram, Falakata and Madarihat areas, the community has a vote share of nearly 18 per cent, while in Jalpaiguri’s Rajganj, Dhupguri, Jalpaiguri Sadar and Malbazar, the figure is nearly is 17 per cent.

In North and South Dinajpur, they have a vote share of close to 17-18 per cent, and out of 54 assembly seats in North Bengal they have a significant presence in nearly 25 to 26.

As the BJP is using its tried-and-tested Hindutva plank, Mamata benefit in the form of Muslim and Nashya Sekh votes because minorities in North Bengal are vehemently opposing the Citizenship Amendment Act, National Population Register (NPR) and National Register of Citizens (NRC).

Considering the poor performance of the TMC in the 2019 Lok Sabha polls, if Mamata can consolidate the 13-14 per cent votes of Nashya Sekhs in North Bengal, apart from Muslim votes, it will put her party in an advantageous position.

“I have received a letter from their (Nashya Sekhs) representatives. If we can set up Rajbongshi and Kamtapuri development boards, then we can also form a separate development board for Nashya Sekhs. I will certainly look into the matter,” she said recently.

In the past few weeks, the Nashya Sekh community in North Bengal has openly announced that it will support only that political party which will fulfil its demands.

Mamata is pushing hard to regain lost ground in the region, which contributed towards the TMC’s dismal performance in the parliamentary polls two years ago. 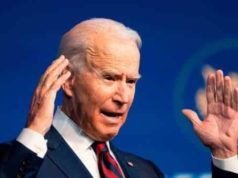 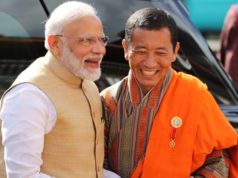