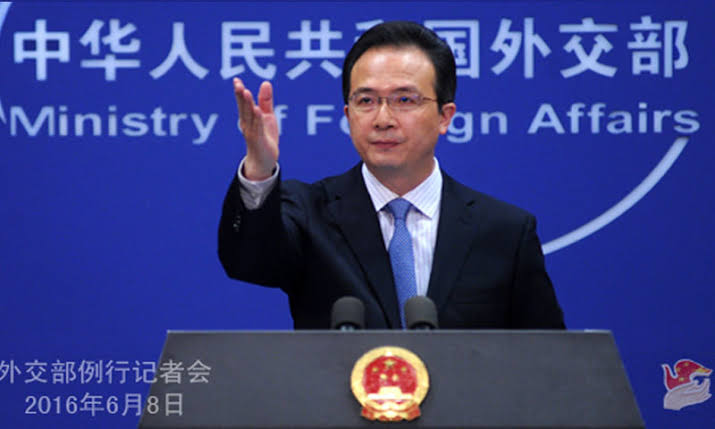 From a nuclear trade standpoint, India doesn’t need NSG membership. India possesses quite advanced nuclear technologies as demonstrated by the nuclear tests in 1998, when simultaneously both nuclear and thermonuclear weapons were tested.

The radiation fall out too was miniscule. Unlike the Americans, Russians, the French, British and Pakistan, the Indian nuclear test did not contaminate the earths environment.

Seven Western Countries or G7 had come together in 1987 to form the Missile Technology Control Regime to prevent proliferation of nuclear weapons capable ballistic missiles.

However their hidden agenda was to prevent India from becoming a missile power. Today India can do whatever it feels like in the field missile and they are as good as those of the Russians, Americans and the Chinese or even better.

MTCR finally bent down and begged India to become a member. The anti satellite test by India should have put all doubts in the dustbin regarding India’s prowess, in the field of missile technology.

In fact India is way ahead in the field of thorium based PRESSURISED FAST BREEDER REACTOR research. The 500 MW in Tamil Nadu should pave the way for a 1200 MW reactor capable of generating power on a commercial scale. The three stage thorium based cycle will ensure that India becomes self sufficient in energy nearly forever.

Though to teach a lesson to the NSG members, India meanwhile can start construction of comparatively much cheaper mega Super Thermal power Stations. With just one or two going into production will ensure that NSG members come running to beg India to become a member of the Group.

Yes, India has set an admirable—and ambitious— goal of sourcing 40 per cent of its power from non-fossil fuel sources by 2030, but only a third of this amount is to come from nuclear energy.. India’s current nuclear power generation capacity accounts for a mere 2 per cent of total installed power capacity, and for just 1 per cent of total energy production.

In 2008, India was very reluctantly given a waiver by the NSG that permits it to engage in nuclear commerce even though it isn’t an NPT signatory.

Currently, New Delhi is negotiating bilateral arrangements with three separate NSG states—Russia, France and the US— that could lead to the construction of nuclear reactors in India.

Russia and France are already setting up nuclear power plants in collaboration. It will be in US interest that they too do the same to finalize a deal with India to operationalize the civil nuclear deal.

To be sure, from a nuclear trade standpoint, NSG membership would be highly desirable for India. It would enable New Delhi to help set the rules on nuclear commerce, and to veto potential threats—such as a hypothetical revocation of the 2008 waiver—to its nuclear goals. Still, it is not essential.

Membership of this prestigious clubs would certainly enhance India’s global influence and its overall role on the world stage. In all likelihood, these geopolitical considerations, more so than those of nuclear commerce or energy security, prompted the Modi Government to launch such an intensive campaign to garner support for NSG membership.

India’s full-scale diplomatic offensive was actually quite successful—a large majority of the NSG’s 48-member states supported India’s accession—but its ultimate objective was not.

Critically, New Delhi was once again stymied by its Chinese rival—the same rival that is always trying to out compete India. However India too ensured that the much touted OBOR and China Pakistan Economic Corridor became monumental failures.

India can use MTCR as a bargaining chip with China, which is not an MTCR member. New Delhi could conceivably strike a deal with Beijing in which it assures support for Chinese membership in MTCR if Beijing agrees to support Indian membership in NSG.

Considering that India is the second-largest contributor to the new Asian Infrastructure Investment Bank (AIIB), affording New Delhi an excellent opportunity to leverage its economic clout.

And the timing couldn’t be better. With Brexit likely to send Europe’s economies into a tailspin, the region’s international donors could find themselves financially strapped.

India the Worlds fourth largest economy in PPP terms, through AIIB, could help fill the vacuum and offer itself up as a trusted investor to developing world customers.

Then there’s the Shanghai Cooperation Organization (SCO), which India joined only recently. Membership provides India with a stronger foothold in Central Asia, a region to which India has long sought access.

Indeed, SCO membership, coupled with the new Chabahar transport corridor project, offers India unprecedented access to one of the world’s most strategic and energy- rich regions.

Both AIIB and SCO, it should be noted, also count China as members—giving India opportunities to cultivate goodwill with Beijing in multilateral settings, thereby raising the possibility that China could soften its position on Indian NSG membership.

Despite opposition from many Indians who regard NSG membership as unnecessary, New Delhi may just about continue to make a case for being a responsible global actor with an impeccable proliferation record, and hope for one of three positive outcomes: gaining the support of all NSG members but China, thereby making Beijing feel sufficiently cornered that it gives its approval or, asking  the NSG to agree to hold discussions to  consider membership of  non-NPT nations.