The Indian Air Force said that Singh landed after a four-aircraft combat sortie at Air Force station in Kalaikunda, West Bengal, on Thursday.

A photo of Flight Lt Mohana Singh, tweeted by the Indian Air Force.

Flight Lieutenant Mohana Singh on Thursday became the first woman fighter pilot to become fully operational by day on a Hawk aircraft, the Indian Air Force said on Friday. She was one of the three women pilots inducted in the fighter stream of the IAF in 2016. 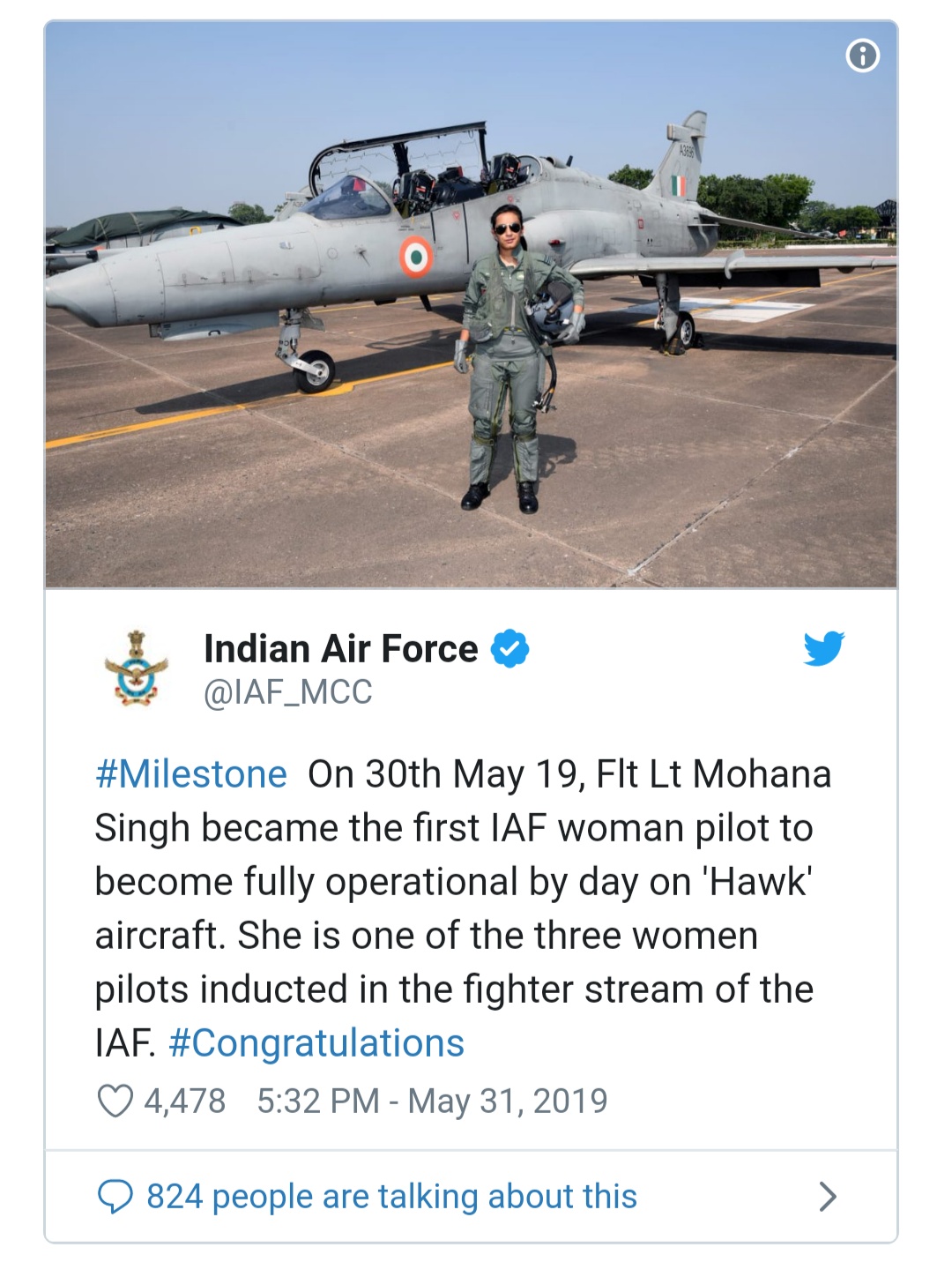 The IAF statement said that Singh landed after a four-aircraft combat sortie at Air Force station in Kalaikunda, West Bengal, on Thursday, Times Now reported. Singh undertook the sortie after receiving both air to air combat and air to ground training.

“She has undertaken many practice missions which involved firing of rockets, guns and dropping high calibre bombs and also participated in various Air Force Level flying exercises,” the statement added. “She has a total of over 500 hours of incident-free flying of which 380 hours are on the Hawk Mk 132 jet.”

On May 22, Flight Lieutenant Bhawana Kanth became the first woman to qualify for combat missions on a fighter jet, PTI reported. She had completed the operational syllabus for carrying out combat missions on MiG-21 Bison aircraft during the daytime.

Singh, Kanth and Avani Chaturvedi were the first three women to be commissioned into the IAF in 2016. In February last year, Chaturvedi became the first Indian woman to fly a fighter aircraft solo – a MiG-21 Bison.