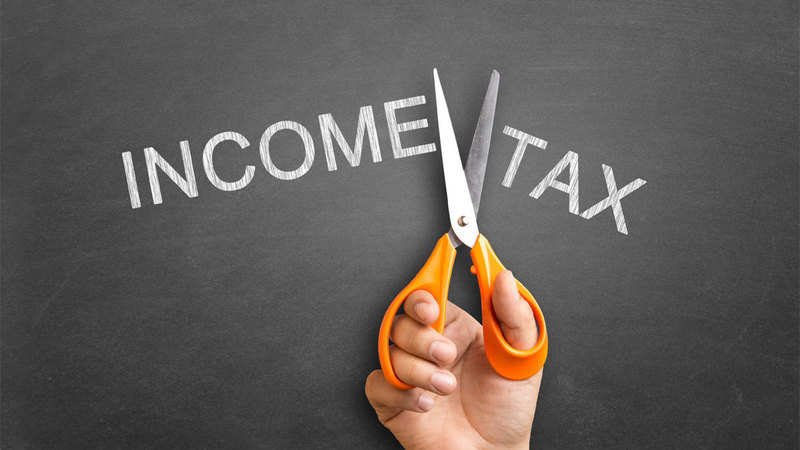 The Akhilesh Ranjan taskforce, set up to suggest an overhaul of the Income Tax Act, has also recommended sweeping changes in the tax slabs. It submitted its report on the new Direct Taxes Code to the government in August.

According to newsreports, the taskforce has retained the basic exemption level at Rs 2.5 lakh for general taxpayers.

When the corporate tax rate was reduced to 25 per cent last month, it was termed as an early Diwali for the corporate sector. Now, taxpayers are hoping the government will gift them a similar tax relief. According to former Niti Aayog Chairman Arvind Panagariya, “there is a strong case for a similar reform of personal income tax”.

The Akhilesh Ranjan taskforce, set up to suggest an overhaul of the Income Tax Act, has also recommended sweeping changes in the tax slabs. It submitted its report on the new Direct Taxes Code to the government in August. However, the report has not been made public.

The big change is the widening of the income tax slabs. The 10% tax slab extends right up to Rs 10 lakh, which will bring a significant relief to a large chunk of taxpayers. According to the Central Board of Direct Taxes (CBDT), more than 27% of the 5.52 crore individual taxpayers who filed returns for 2017-18 had an income between Rs 5 lakh and Rs 10 lakh. If the recommendations of the task force are implemented, these 1.47 crore taxpayers would move from the 20% slab to the 10% slab. 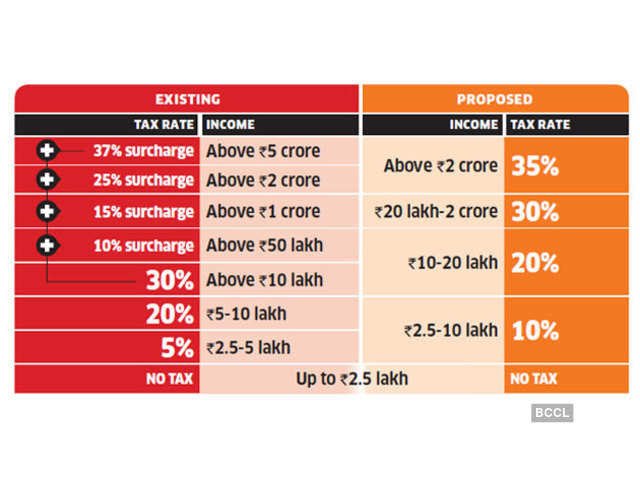 Currently, there is a 4% cess on total tax and full tax rebate for incomes up to Rs 5 lakh a year. The new DTC has reportedly recommended scrapping of the surcharges but retained the tax rebate.

• Bigger impact on higher income slabs
The impact will not be very significant for low income taxpayers. Middle income earners with taxable income of up to Rs 5-6 lakh will not see a major change in their tax liability under the new slabs proposed by the DTC panel. However, they can escape the tax net by availing deductions that will take their net taxable income below the Rs 5 lakh tax-free threshold. The taskforce has retained the full tax rebate offered under Section 87A to taxpayers earning up to Rs 5 lakh a year. 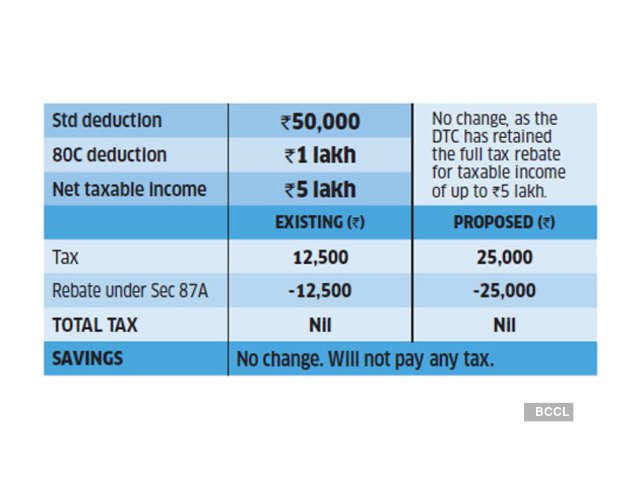 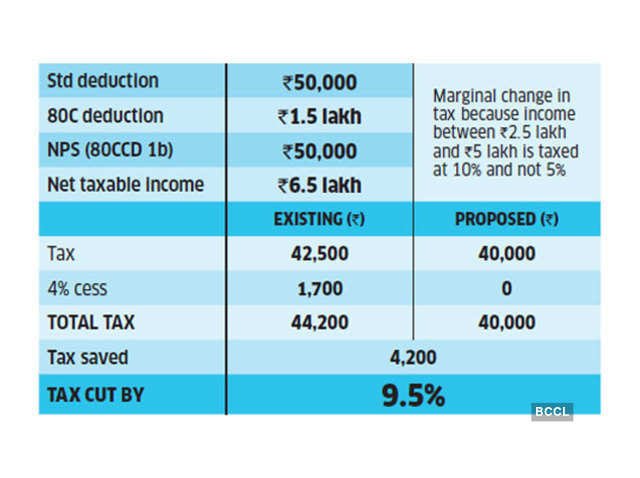 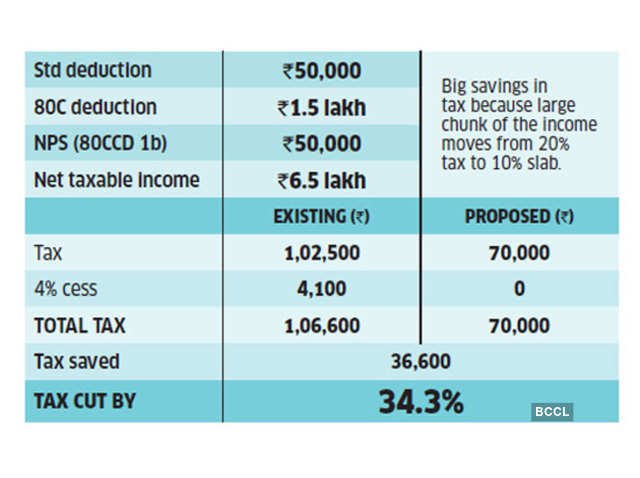 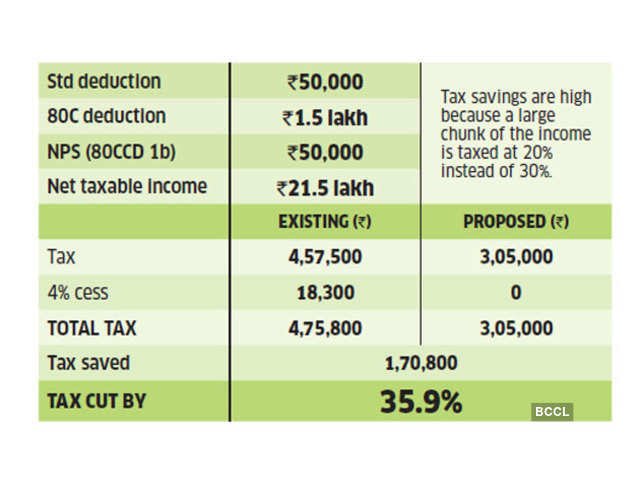 The changes will be even more spectacular for taxpayers in the higher slabs. According to CBDT data, if the tax slabs are rejigged, another 40 lakh taxpayers would move from the 30% slab to the 20% slab. A taxpayer with a net taxable income of Rs 22 lakh would save Rs 1.7 lakh in tax every year. His tax outgo will reduce 36%, from Rs 4.75 lakh to Rs 3 lakh. 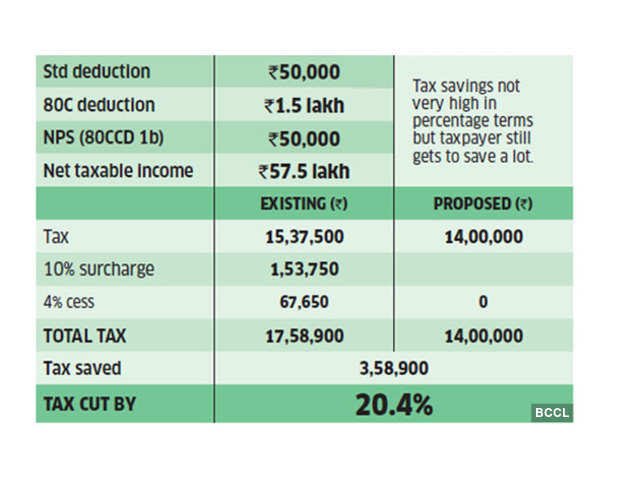 • Fourth income slab introduced
The taskforce has also introduced a new 35% slab for incomes above Rs 2 crore. If you factor in the 25% surcharge and the 4% cess, the highest effective tax rate for those earning between Rs 2 crore and Rs 5 crore is 39%. So taxpayers falling in this income slab may not see as big a decline in their tax liability as other taxpayers. Even so, they still stand to gain from the widening of the 20% tax slab from Rs 10 lakh to Rs 20 lakh. 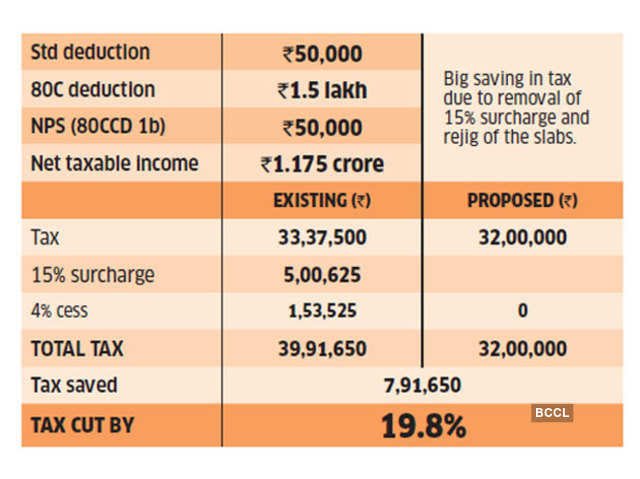 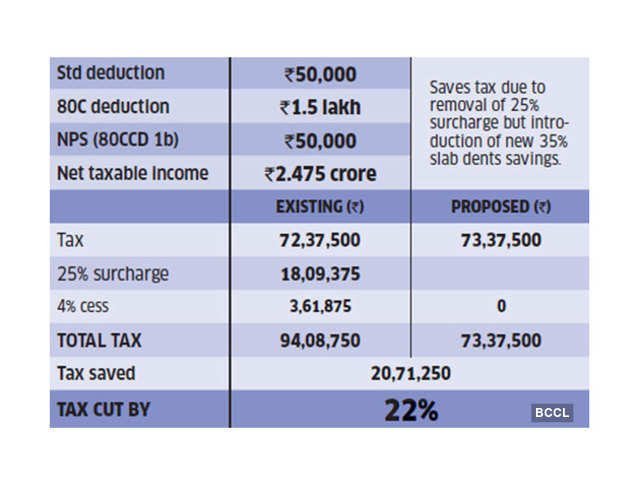 • Will the surcharge on tax go?

There could be good news for the super rich as well. The taskforce has recommended that tax surcharges should be used only as temporary measures. When the then Finance Minister P. Chidambaram had introduced the 10% surcharge on income of over Rs 1 crore in 2013, it was meant to be a one-time measure. Indeed, Chidambaram had stressed that it was a temporary levy when he said in his budget speech that “I am confident that when I ask the relatively prosperous to bear a small burden for one year, just one year, they will do so cheerfully.”

However, the surcharge on tax became a permanent feature of successive budgets. The measure was extended by the then Finance Minister Arun Jaitley in the 2014 budget. The following year, it was raised to 12%. In 2016, a new 10% surcharge was introduced for those earning above Rs 50 lakh while the surcharge on income above Rs 1 crore was enhanced to 15%. The cavalcade of misery did not stop there. This year, the rich were hoping for some relief. Instead, the surcharge was hiked to 25% for incomes above Rs 2 crore and to 37% for incomes above Rs 5 crore.

The hike in surcharge means that a taxpayer with a net taxable income of Rs 6 crore pays Rs 2.53 crore, or more than 42% of his income, in tax. The surcharge alone is Rs 65 lakh. If this levy is removed and the tax slabs are rejigged, the tax liability will reduce 33% from Rs 2.53 crore to Rs 1.97 crore. According to the CBDT data, there were 2,850 taxpayers reporting an income of above Rs 5 crore in 2017-18. These individuals were badly hit by the hike in surcharge and would be obviously be relieved if it is removed.

• Revenue collections will be hit

Of course, the proposed changes in the income tax slabs will come at a heavy price. The generous cut in the corporate tax rate would mean an esimated revenue loss of about Rs 1.45 lakh crore to the exchequer. According to a Bank of America-Merrill Lynch report, the rejig of the income tax slabs would cost the exchequer another Rs 1.75 lakh crore. Of this, Rs 1 lakh crore would be borne by the Centre and Rs 75,000 crore by states.

As of now, officials are tightlipped about the proposed changes and tax professionals are not willing to hazard an opinion. But everybody does expect a big (and possibly populist) change in the tax structure soon. Incidentally, reducing the corporate tax rate to 25% was one of the proposals of the task force. It has also suggested the removal of the Dividend Distribution Tax (DDT).

If all goes well, taxpayers could have a bright and happy Diwali.