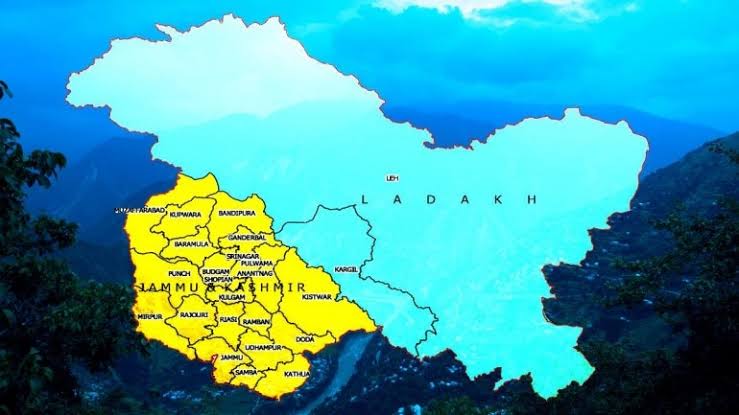 After scrapping the contentious Article 370 and bifurcation of J&K state by dividing it into two Union territories, the Central government is now planning to further revamp Kashmir’s administration by carving out a new administrative division from existing regions in the union territory.

The J&K administration is in process of consultations to create a new division comprising at least three districts from Jammu division and three from Kashmir — all part of or surrounding the Pir-Panjal region — are at a very advanced stage and a formal announcement may happen in late December or early next year.

“A decision has already been taken and only modalities are being worked out. It will provide fresh impetus to developmental activities in the hitherto neglected parts of Jammu division such as the Chenab Valley,” said a senior J&K government functionary.

“But, more importantly, it will further reduce Kashmir Valley’s hegemony over the other regions, especially Jammu, since the new division will also change the administrative geography of Kashmir.”

Sources also said that the Union Ministry of Home Affairs is already on-board with the plan, while the people of Jammu see the move as a significant step to end Kashmir’s hold over Jammu.

The issue was also discussed at a high-level meeting between officers of J&K and senior functionaries of the Union Ministry of Home Affairs.

“Kashmiris were ruling the state only due to the fact that they had more seats in the Assembly and had more power than Jammu region. But, the discrimination of the other regions had to end,” said a senior J&K BJP leader, who didn’t wish to be quoted on what he described as a sensitive matter.

In the undivided J&K state, Kashmir region had the lion’s share of 44 seats in the 87-member Assembly while Jammu had 37 seats. Ladakh sent four MLAs to the erstwhile House. According to the J-K Reorganisation Bill, 2019, passed in Parliament in August, the number of seats in the J&K Assembly — Jammu and Kashmir is now a Union Territory with a legislature of its own — will also go up by seven seats. The Centre has also planned to hold a fresh delimitation exercise in the state, which could further change the composition of the Assembly.

Regions that could constitute new division ::

While the ostensible reason behind the move is to provide better administration in the hill areas, the real cause is mostly political, one that could bring rich dividends in the shape of votes for the parties from Jammu.

There has been widespread demand from residents of the areas that fall in the Chenab Valley for a separate administrative and revenue division.

In February, the state administration under the then Governor Satya Pal Malik had decided to create a new division of Ladakh comprising the Kargil-Ladakh areas.