The Baluchistan region was an independent nation in 1947 as it had been granted freedom by the British Monarch. The Khan of Kalat had refused to merge with Pakistan. In fact the entire region had voted for an united India. Then after an uneasy truce, Pakistan sent its Army to invade Baluchistan and forcibly annexed it, ignoring the rest of the World.

Since then, from time to time, numerous nationalist organisations in Baluchistan have taken to arms against the Pakistan government, military and intelligence agencies, to gain freedom once again.

The region had recently witnessed a mass agitation against poor development, and lack of basic facilities like water and power as well as the depletion of opportunities for fishermen.

Two Baloch nationalist organisations, the Baloch Republican Army (BRA) and the United Baloch Army (UBA) announced their dissolution and the formation of a new organisation the Baloch Nationalist Army (BNA).

The Baluchistan Post had an article saying that BRA spokesman Beebagr Baloch and UBA spokesman Mureed Baloch announced in a joint statement that the councils of the two organisations met in Baluchistan to discuss the political situation in the province and how to take forward their resistance against the Pakistani forces.

Mureed Baloch will be the official spokesperson of the merged group and the new outfit will continue to be a part of the Baloch Raaji Aajoi Sangar (BRAS). The Central Command Council of the BNA will organise and plan the resistance to Pakistani forces.

Since its formation in 2018, the BRAS has been in the limelight for its attacks on Pakistani forces and Chinese investments. Formed by Allah Nazar Baloch, it is an umbrella organization which initially comprised many groups. Now Beebagr Baloch and Mureed Baloch have merged their groups to make BNA within the umbrella organization BRAS.

The joint statement said that the new organisation, Baloch Nationalist Army, has been formed after dissolving the BRA and UBA and will now “expand the national resistance and will unite Baloch forces against the fascism of the Pakistani military”.

The coming together of these groups makes BRAS a unified armed Baloch nationalist organisation today, representing almost all nationalist Baloch armed factions from Baluchistan. With the coming together of these groups, they can share weapons, intelligence and even safe havens to conduct operations against Pakistani security forces and Chinese nationals working on the China-Pakistan Economic Corridor (CPEC) projects in a more effective manner.

Data analysed by the South Asia Terrorism Portal (SATP), says that overall fatalities in Baluchistan have increased from 215 in 2020 to 311 in 2021, up by 44.65 per cent. This shows a rising trend that Baloch nationalists have been successful in intensifying their attacks against the Pakistani forces. 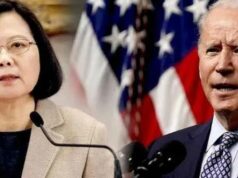 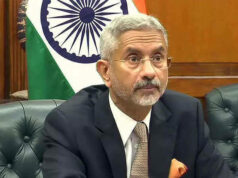 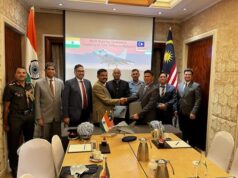