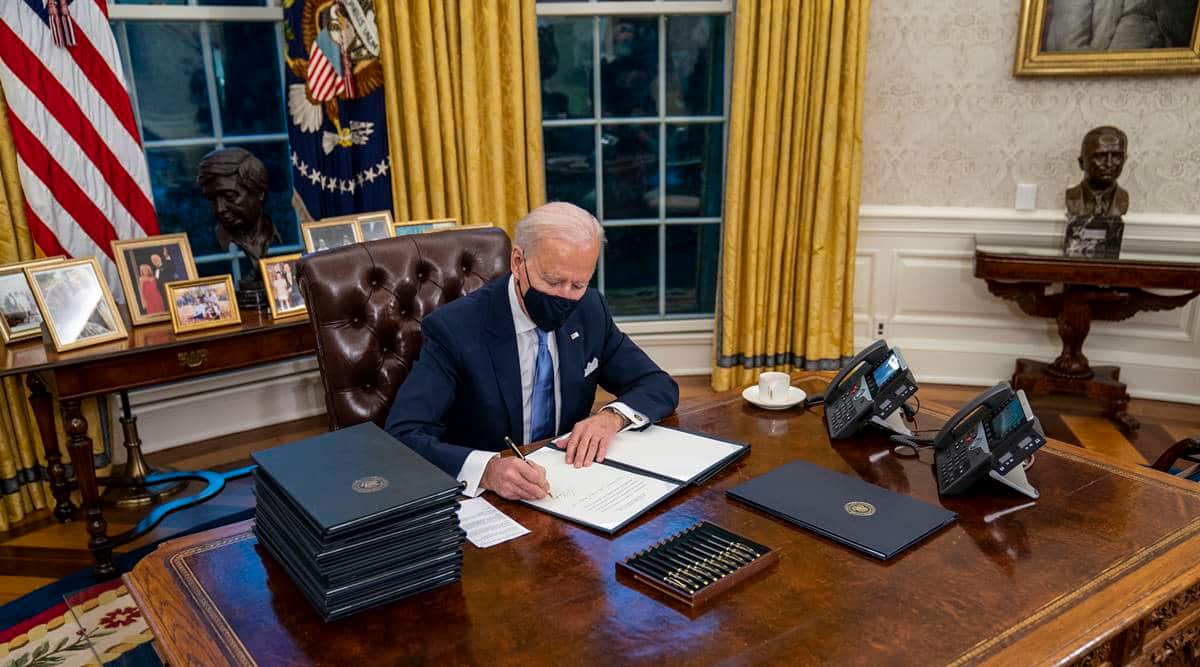 President Joe Biden signs executive orders during his first minutes in the Oval Office of the White House in Washington, on Inauguration Day, Wednesday, Jan. 20, 2021.

In 17 executive orders, memorandums and proclamations signed hours after his inauguration, Biden moved swiftly on Wednesday to dismantle Trump administration policies his aides said have caused the “greatest damage” to the nation.

Moving with an urgency not seen from any other modern president, Biden signed 17 executive orders, memorandums and proclamations from the Oval Office on Wednesday afternoon.

Among the steps the president took were orders to rejoin the Paris climate accord and end Trump’s travel ban on predominantly Muslim and African countries. 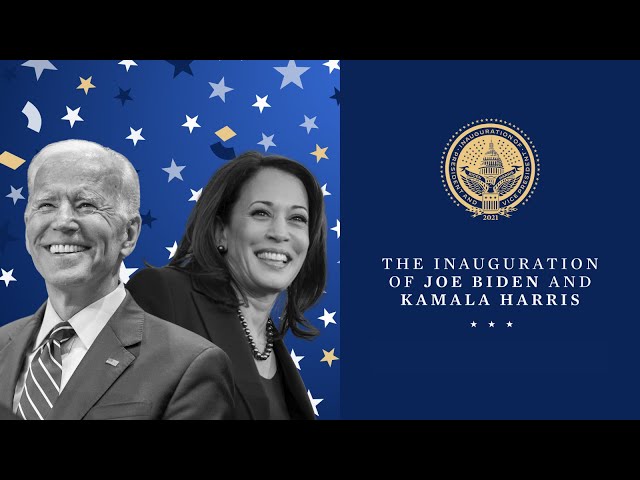 Individually, the actions are targeted at what the president views as specific, egregious abuses by Trump during four tumultuous years.

Collectively, Biden’s assertive use of executive authority was intended to be a hefty and visible down payment on one of his primary goals: to, as his top advisers described it, “reverse the gravest damages” done to the country by Trump.

In his remarks, Biden stressed unity of purpose, urging Americans to “see each other not as adversaries but as neighbors,” and pleaded with citizens and leaders to “join forces, stop the shouting and lower the temperature.”

But his first actions in office were aimed not at compromise and cooperation with his adversaries but instead suggested a determination to quickly erase much of the Trump agenda.

They fell within four broad categories that his aides described as the “converging crises” he inherited at noon Wednesday: the pandemic, economic struggles, immigration and diversity issues, and the environment and climate change.

In some cases, Biden’s actions unilaterally and immediately reversed policies and procedures that Trump had put in place.

In other instances, limits on his authority require the president to direct others in his administration to act or even to begin what could be a long process to shift the federal government in a new direction.

One of Biden’s first acts was to sign an executive order making Zients the government’s official COVID-19 response coordinator, reporting to the president. The order also restored the directorate for global health security and biodefense at the National Security Council, a group that Trump had disbanded.