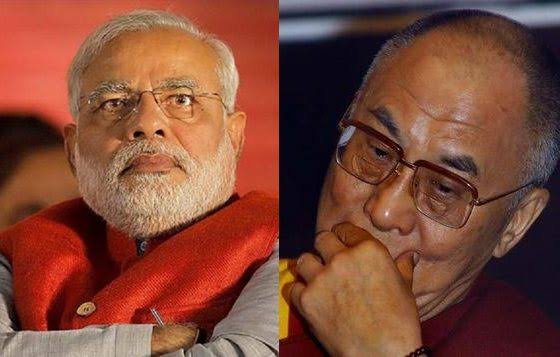 Kashmir, a long time contentious issue in the Indian polity, has been resolved by resolute action taken by the Government of India. Pakistan has also been outmaneuvered and is now going through a new round of tension of desperately trying prevent its disintegration as a Nation and to somehow cling to its Pak Occupied Kashmir. Though it is likely to be regained by India sooner than later.

According to reports, now the Arc of Tension in the region has shifted to the Tibetan Plateau and the Xinjiang area. Though China has been claiming total Sovereignty over these two countries, the fact is that, it has been desperately clinging to these areas through sheer brutality of its Military power.

Western reports have indicated that China has lately reorganized its military war fighting structure for both Tibet and Xinjiang Region. The Chinese military has also been deploying medium-range missiles in these forcibly occupied Countries.

Shaken by the happenings in Hong Kong, China is now taking desperate actions to further tighten its stranglehold over the peace loving Buddhist people of Tibet and the pious but independent minded Quighers Muslims of Xinjiang.

The leadership of both the people have clearly stated that there would “never be a compromise” on the issue of Independence from China and that their struggle will continue with or without international support.

Analysts say Chinese authorities’ recent moves in Xinjiang are an attempt to coerce the Quighers population. Chinese are also trying their best to thwart drawing of international attention towards the growing domestic chaos not only in Hong Kong but even in certain parts of mainland China triggered by the rapid slow down of economic progress.

Trouble erupting in Xinjiang region are not an isolated cases, instead a mass movement is slowly taking shape. China withdrew not only the autonomous status of these Regions but also many other powers vested earlier with the Regional Governments.

Another major action taken by the Chinese Communist Party has been the deliberate and considered action to change the demographics of both from Muslim majority in Xinjiang to minority and integrating it fully into the Chinese way of life and thinking.

The same action is underway in the Tibetan Region. The Chinese Central Government and the Chinese Communist Party both have mounted relentless campaign to slowly but surely attacking and changing the cultural traditions and even banning the Tibetan Language. This onslaught has thus turned into a tinderbox waiting for a match.

Xinjiang has long been a flashpoint in Asia. Any accidental move might cause regional turbulence. India which also has territorial disputes with China along the Indo Tibetan border in the region, is without doubt concerned about the situation in both Tibet. India is also concerned with Xinjiang because of chances of terrorism flaring up there at any time backed by outfits operating from Pakistan.

India has reiterated that the disputes in the region should be resolved properly and peacefully in accordance with the UN Charter, and trilateral agreements among India, Tibet/Xinjiang and China.

Analyst tend to use a stability-instability paradox to analyze India – China ties. According to the paradox, when two countries both have nuclear weapons, the probability of a direct war between them is low, but the probability of minor or indirect conflicts increases.

Yet the theory is found in recent years to be not rigorous. Some scholars believe that a nuclear weapon could easily be used by China in anger and as a retaliation by India. A nuclear war could break out if Tibetans openly declare their independence with India backing them.

The international community should attach more importance to addressing the tensions in Tibet and Xinjiang than the troubles in Hong Kong.. Divergences between China and India should be resolved through negotiations rather than violence.

Both sides are supposed to have learned this from their history. Launching a war would bring unimaginable destruction to a development and cause humanitarian crisis.

As New Delhi and China proactively develop their economies, they should shift their focus to the long-standing puzzles in their countries and the region, such as poverty and terrorism.

It is time for India and China to take one step further in building their mutual trust. Only when they realize common development can they alleviate hostility toward one another.